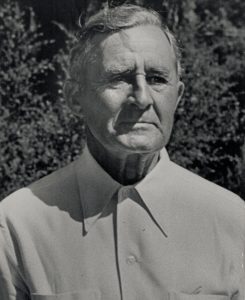 C. H. Bull Company was founded in 1930 by Charles H. Bull as the San Francisco distributor for the Buda Company of Harvey, Illinois, manufacturers of gasoline and diesel engines, jacks and railroad equipment. During the early years automotive oil filters and friction materials were added along with a shop for wholesale automotive and truck brake shoe and drum work. The company was named one of the first representatives for the Young Radiator Company in 1934.

Son, Charles E. Bull and son-in-law, Harry Sheppard joined the company in the late 1940’s following their World War II service in the Marine Corps and Navy. In 1956, founder Charles H. Bull died at the age of 76. He left the company a legacy of honesty and integrity in business and responsiveness to customer needs.

Both sales and personnel grew in the 1950’s. More contractor related lines were added including Barco gasoline hammers and rammers and Simplex/Pine jacks. During this formative period we recognized the need for a “System” approach to many of our customer’s needs. High tonnage,high pressure jacking systems were bought or rented by such customers as CalTrans, Bechtel, Bigge and many of the contractors in the early phase of BART construction. 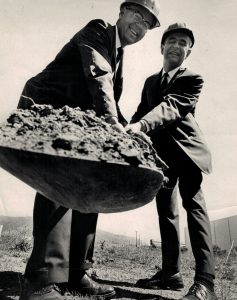 A systems approach was also applied to heat exchange equipment for cooling the new high powered electronic devices such as the Varian Klystrons being used for satellite communications.

We soon outgrew our San Francisco facilities and in 1966 moved to a new building in South San Francisco Industrial Park. With the additions of top lines, qualified personnel and a major commitment to inventory, the growth continued.

C. H. Company has on several occasions, been named Top Distributor in the country by such companies as Enerpac and Greenlee Tool. Similar awards have been made by Young Radiator Company.

The third family generation came on board in the late 1970’s. Stan Sheppard and Andy Bull have have both been with the company nearly 40 years. After purchasing the company from their fathers they now share the title of co-CEO. Each has developed specialties and are recognized as leaders in knowledge and applications, offering their customers solutions in the areas of high tonnage hydraulic jacking systems and fall protection systems. Andy is also in front of our customers every week speaking about safety related issues and doing safety training. 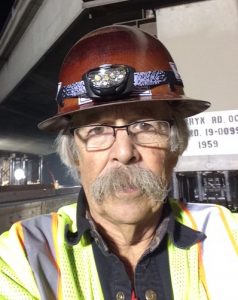 C. H. Bull’s facilities include 17,000 square feet of warehouse, shop and offices with a 1.5 million dollar inventory of jacks, hoists, tools, and special material handling equipment in South San Francisco. We also have an 8,000 square foot facility in West Sacramento.  In addition, we have the most comprehensive rental pool of hydraulic jacking equipment in the Western United States with jacks/rams ranging in capacity of 5 tons up to 875 ton. At our combined location we own and have ready for our customers over 750 hydraulic jacks over 100 tons capacity.

Our competent and capable staff includes inside and outside sales specialists who regularly receive factory training in applications and service. Within our areas of expertise, we take pride in assisting every customer with a goal of offering solutions to their particular needs and problems, not just selling stuff.

This is reflected in our Mission Statement; We provide products, systems and solutions to keep our customers safe, productive and profitable.