Archway being prepared to receive the roadway structure 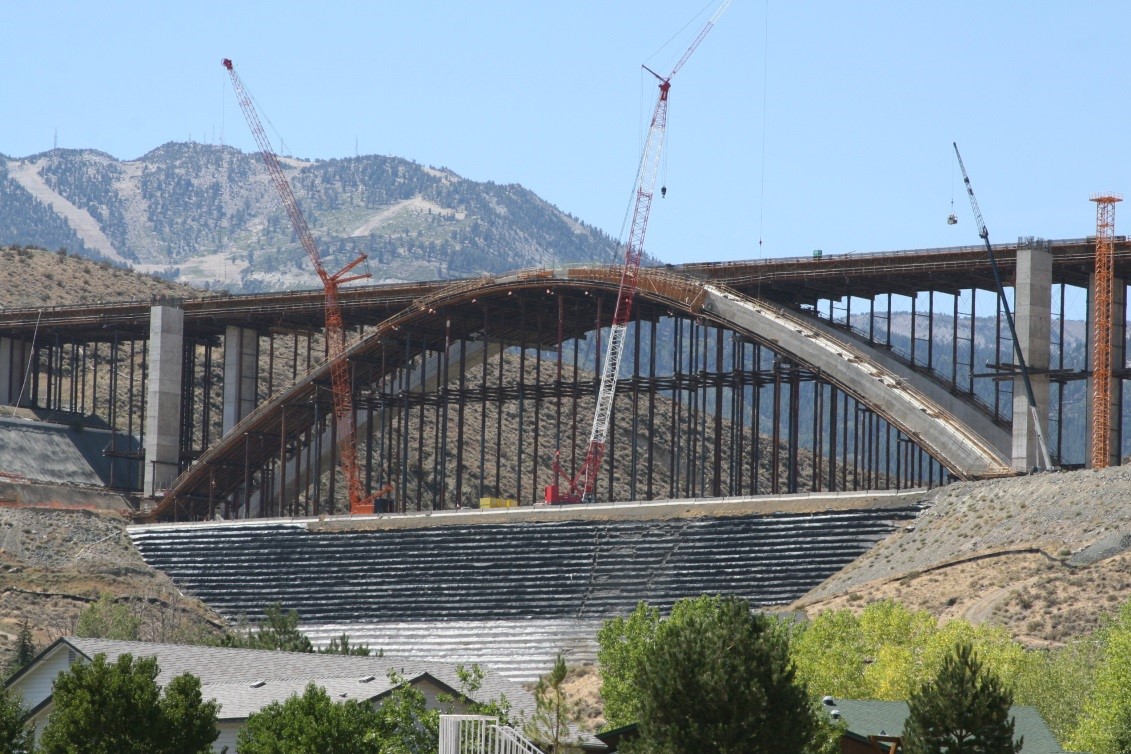 The Galena Bridge was build south of Reno on highway 395. The undertaking was massive. The valley below the bridge was first filled in with 1,000’s of cubic yards of dirt which covered a concrete pipe to evacuate any water from rain and snow melting. This was done so they would have a level surface to work from and on instead of the angled valley walls.  The forms were erected to support the concrete forms as the bridge was cast in place.

Falsework in place to support the arch and roadway 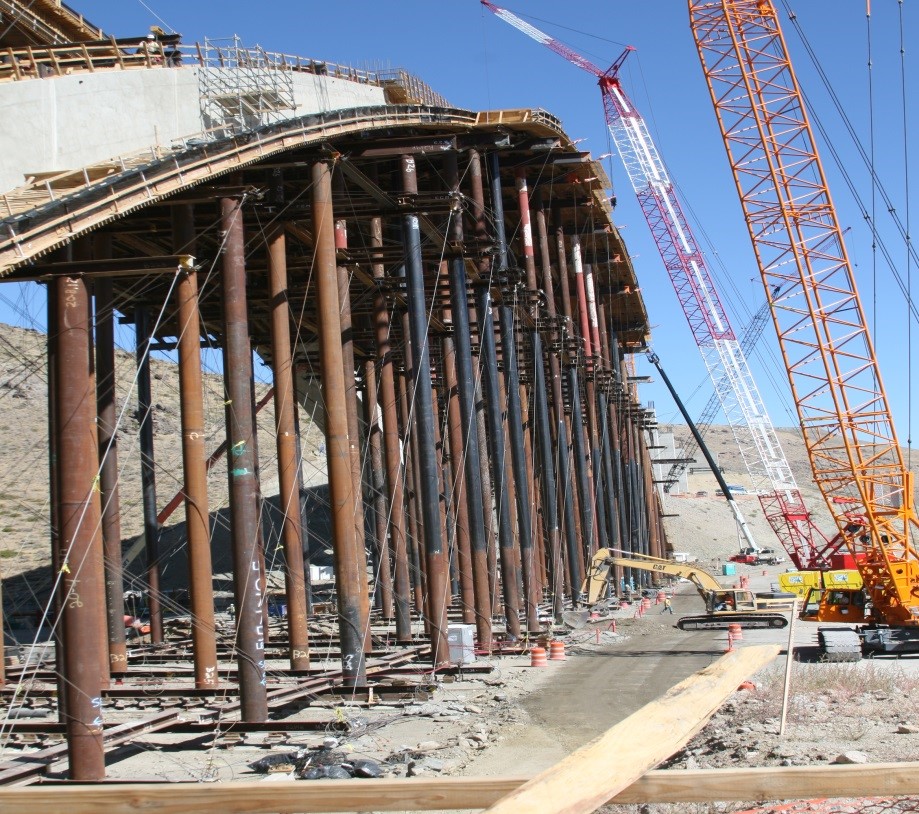 Once the bridge was constructed the forms had to be lowered for the bridge to become self-supporting. CC Myers of Rancho Cordova worked with C. H. Bull Company to design a system which could simultaneously and slowly lower the forms so the bridge could become self-supporting. As the falsework structure was lowered, the arch of the bridge started to see a load and a change at about 3” and between 5” and 6” the falsework was no longer supporting the cast in place arch and it was now fully self-supporting the arch and bridge structure. Due to the size and weight of the bridge a forty jack; 7400 ton (14, 800,000 pound) jacking system was supplied by C. H. Bull made up of 100,200 & 300 ton jacks. 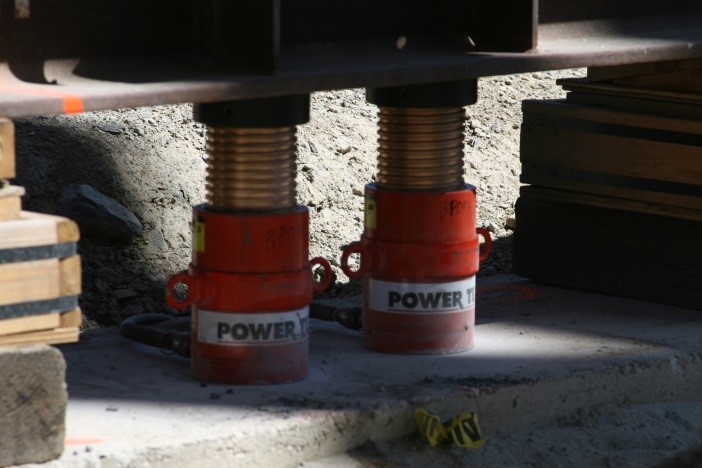 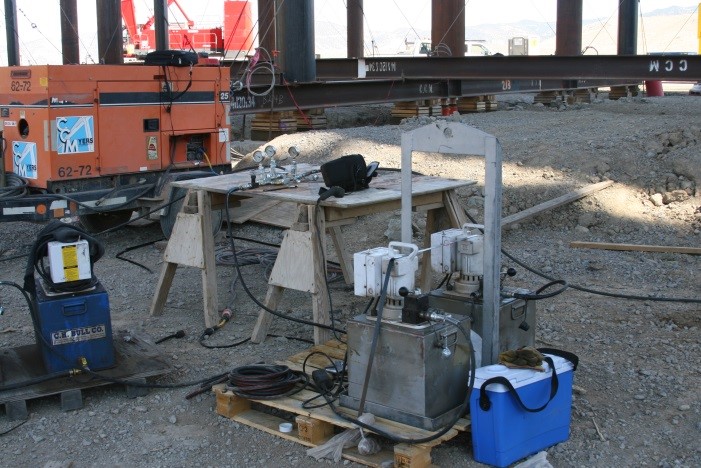 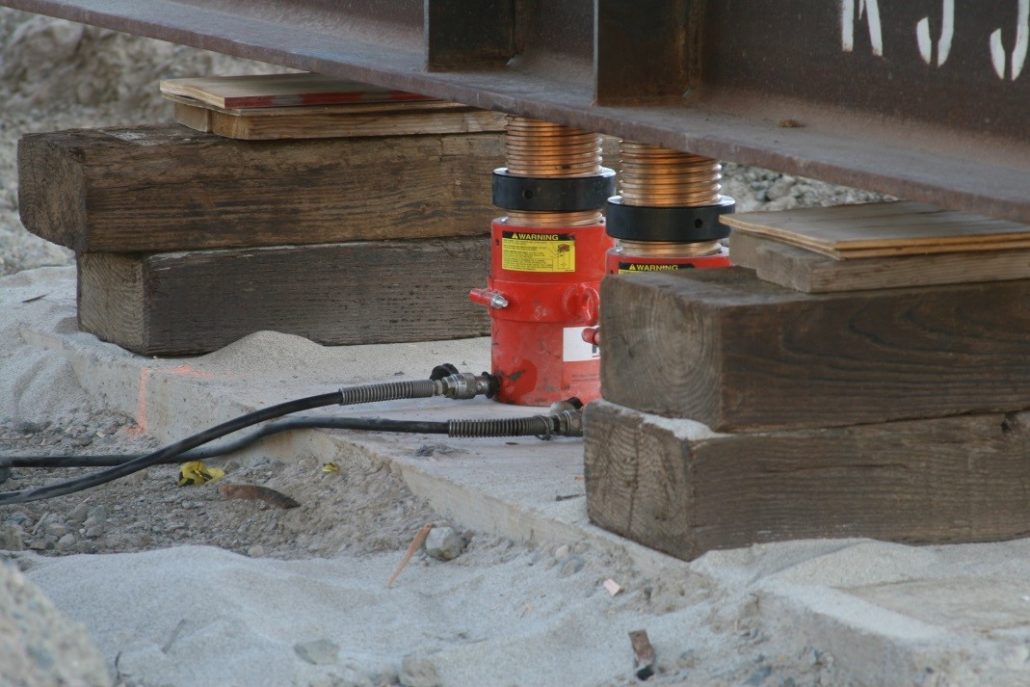 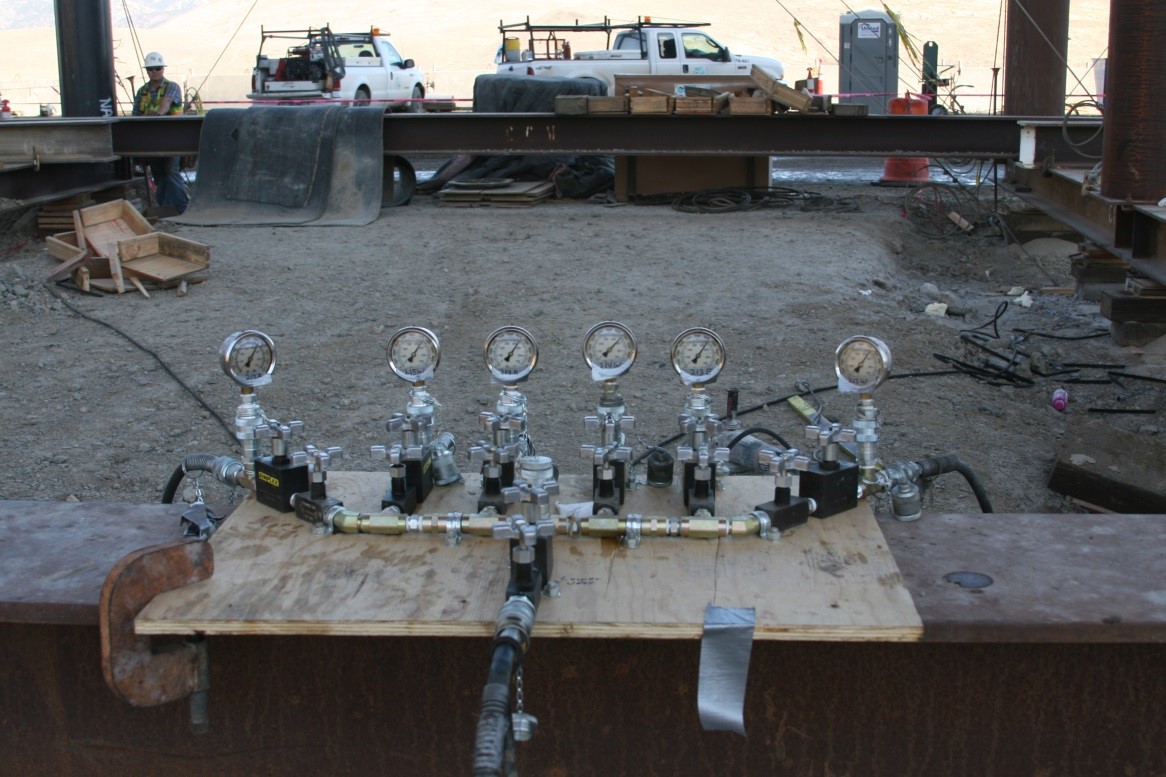 The system was used twice, once for each section of the bridge. Stan Sheppard, C. H. Bull’s high tonnage jacking specialist, was onsite for both lowering’s as a hands on consultant working with the crew.

We also supplied confined space davit because workers had to access cavities in the cast concrete. 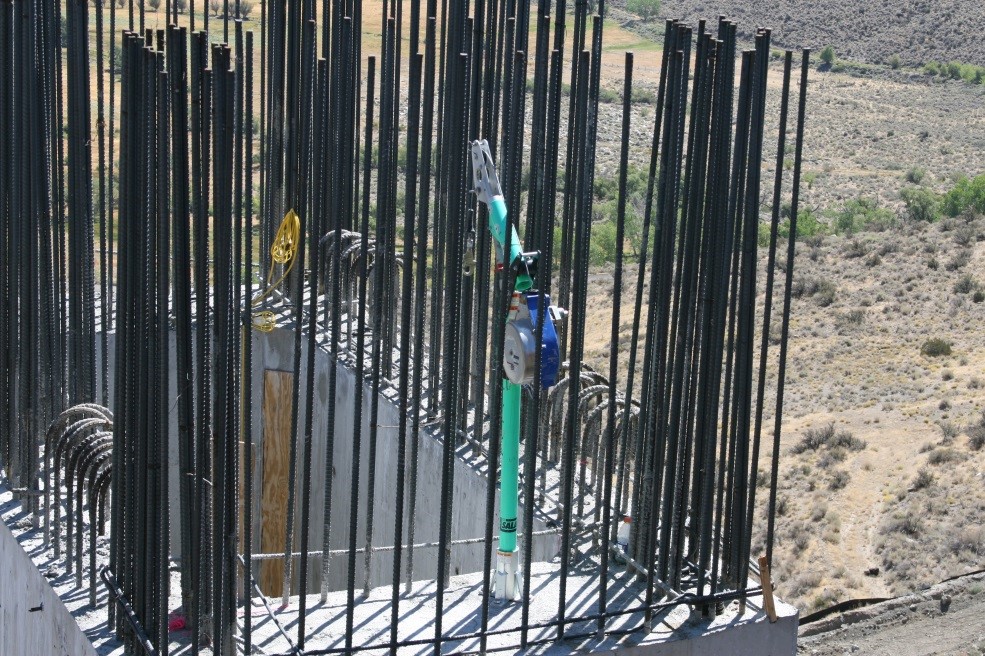 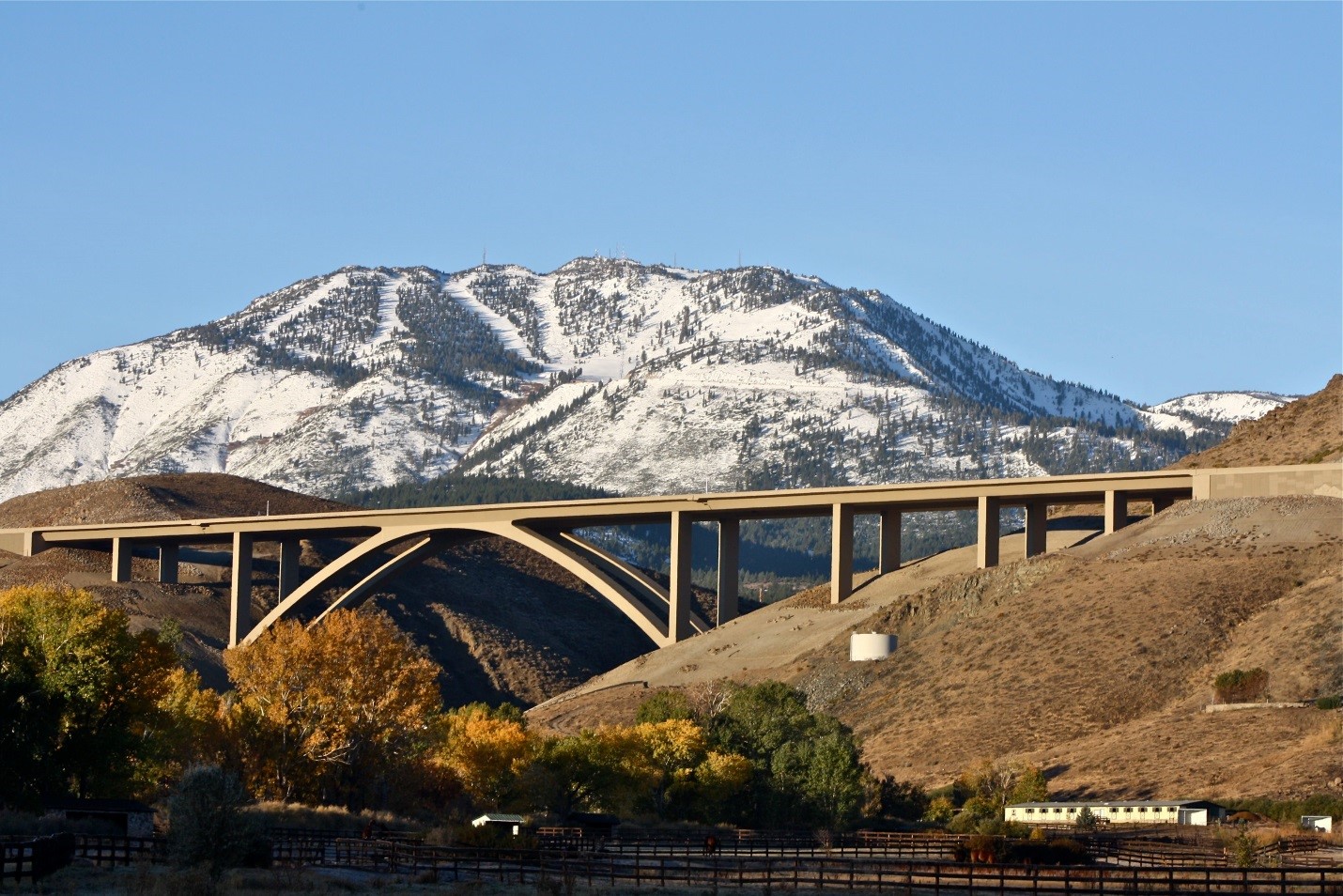