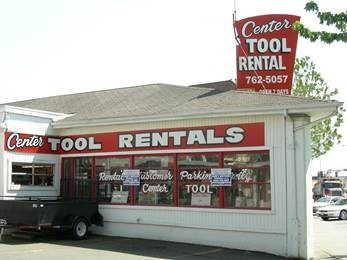 Although fragments already existed, the rental industry was born in that era of boundless optimism that was post-World War II America. People were moving around the country, looking for new opportunities and it was in that era of movement that the fast growth of rentals took hold. After that, as young families built new lives and bought new homes, the do-it-yourself fix-up trend took hold and the initial customer base for tool and equipment rentals was the homeowner market as well as the small contractors that were building homes, offices, bridges and roads all across America.

According to legend, the beginning of rental was during The Great Depression. Although similar things probably happened in other places around the same time, one story is that legendary rental pioneer Same Greenberg, was trying to sell trucks when a guy came up to him and said, “I need a truck for a day, can I use that truck for $5?” Greenberg said, “We haven’t see $5 for a while here. Sure we’ll rent you the truck,” and the idea was born to keep renting trucks since they weren’t selling.

In the early days of rental, it was wide-open and experimental. There were no formulas, standards or guidebooks, no established ways of doing things, no metrics to measure by, no operating systems, no rules of thumb. People in different parts of the country were developing their own rental business styles

and they began to meet and talk and compare notes. People shared ideas and tips, not worried that their fellow entrepreneurs might come in one day and compete against them and use the information against them. 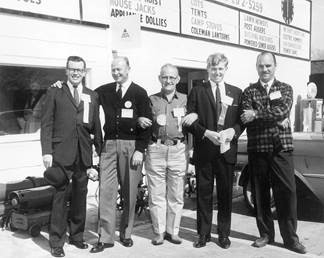 In the 1950s and ’60s, “We Rent Almost Anything” seemed to be the mantra for the emerging equipment rental market. One of the principal selling points of the industry was making the general public aware of the rental concept, the fact that almost any tool or piece of equipment could be rented. In-depth analysis about whether individual items were profitable was no widespread. The primary target was the homeowner. The typical rental center rented tools and equipment as well as camping equipment, home healthcare supplies (commonly known as “sickroom” supplies), party items (commonly called “soft goods”) as well as appliances such as televisions, which were popular rental items. Even furniture, refrigerators, washing machines and rollaway beds made their way into a lot of rental centers, and baby care items, such as cribs, were popular as well.

Most rental companies were family-owned and the term “mom-and-pop” operation was accurate. The industry grew and today you almost need a program to keep up with the rental industry. The “mom and pop” rental yards were getting bought up by small rental companies expanding their coverage. The small rental organizations were bought by bigger rental organizations. The bigger rental organizations covering a small geographical area were bought up by corporations now covering full states and sections of the country. And so on, and so on, and so on. Then a young entrepreneur sees an opportunity in a new community and starts a small rental yard and the cycle starts all over again.

Published in Rental Equipment Register in 2007