February 2017 had 1,150 percent of its normal February rainfall causing the bridge failure 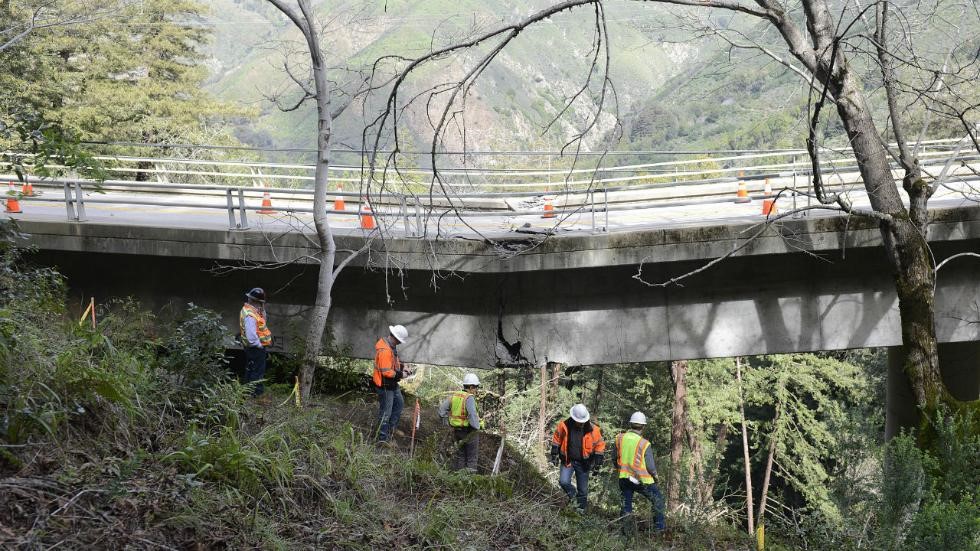 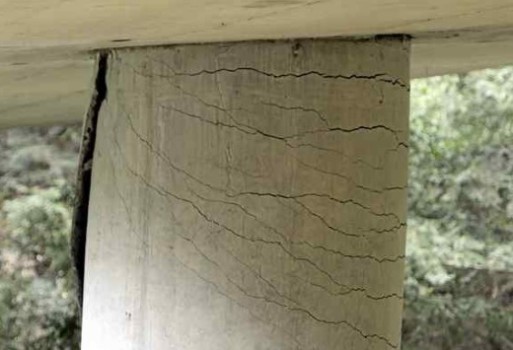 The Big Sur Pfeiffer Canyon Bridge had 2 of its 3 center support columns washed out in the heavy rains and a mud slide in the first week of February 2017. The columns started to fracture with the side load of the mud and Officials said the bridge was “damaged beyond repair” and declared a permanent closure in mid-February until the sagging and cracking structure could be replaced. 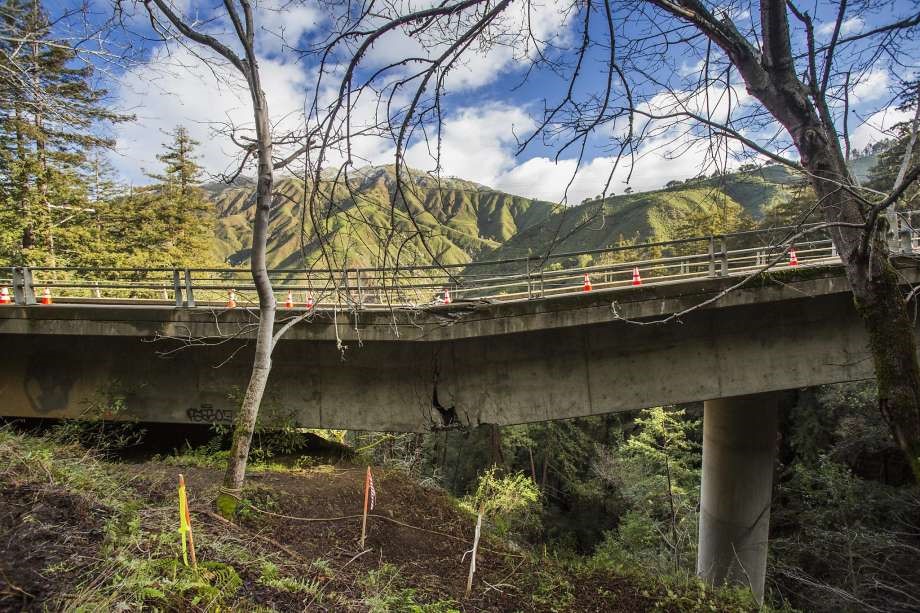 There was no way to repair it so the original bridge was demolished by Golden State Bridge out of Benicia, Ca

Caltrans decision to demolish the bridge 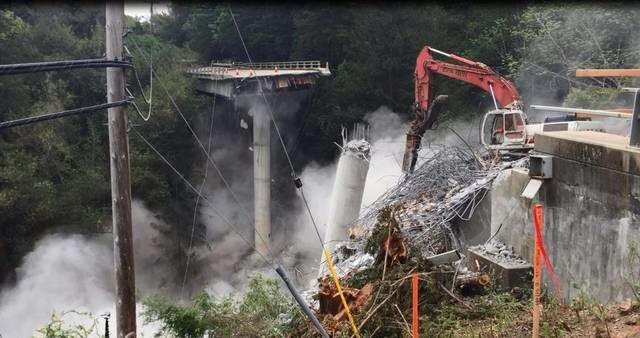 Demolition proved to be difficult 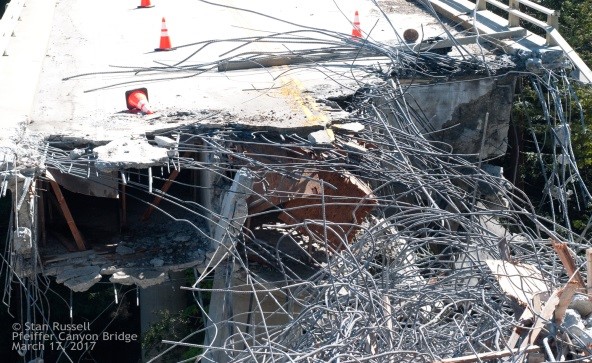 30 foot sections of the steel girder were bolted together 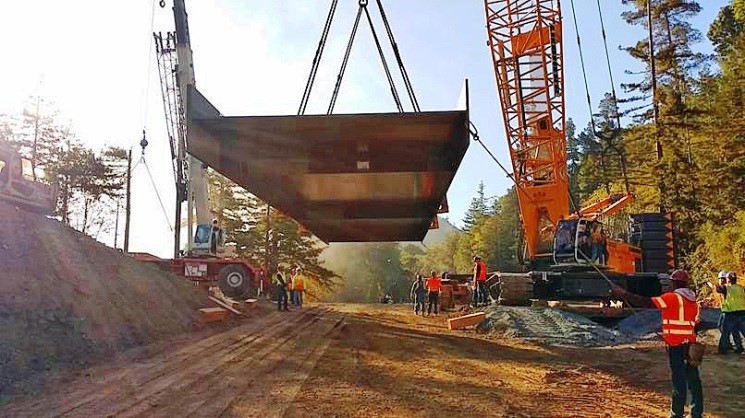 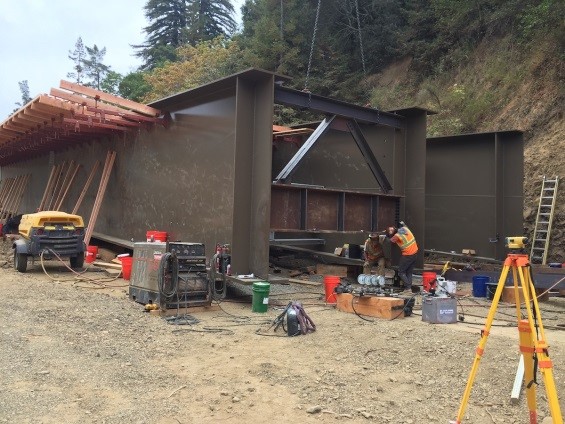 The design called for the new 300 ft. bridge to be assembled on the existing highway. The 15 foot tall girders were assembled out of 30 ft. segments bolted together. Once the three 300 ft. long girders were assembled and tied together they had to be launched across the canyon using a temporary center support. The girders rolled on 200 ton Hilman rollers supported by 100 jacks to enable the girders to be positioned and aligned precisely across the 300 foot wide canyon.

Temporary structure with rollers and jacks to alien the launch 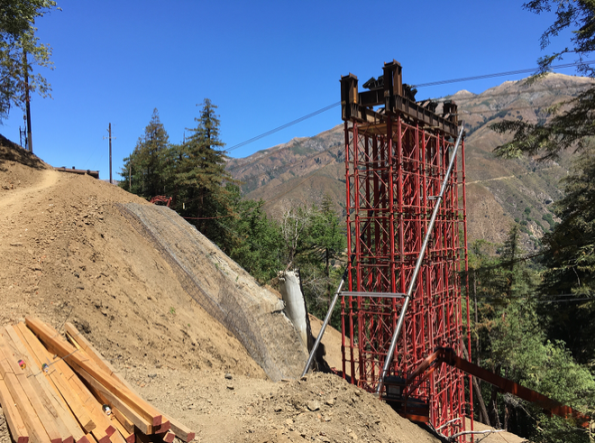 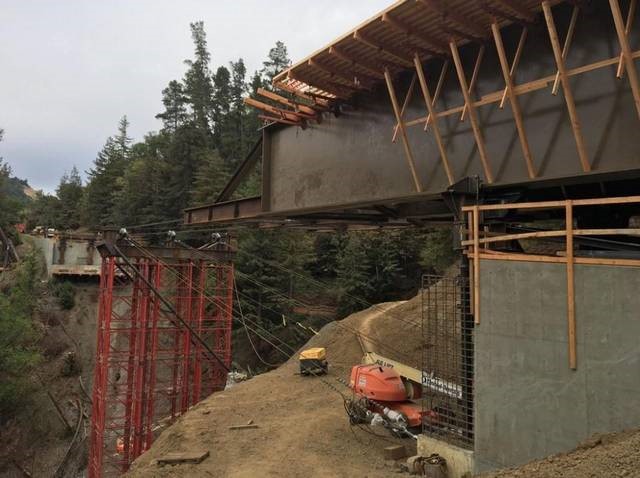 Once it was launched across the Canyon the 1000 ton bridge had to be lowered 15 feet to rest on the new abutments. C. H. Bull designed a system using 16 – 100 ton jacks we had custom made for this application.  The jacks had 18” of stroke and could be bolted to the bottom of the I-beams supporting the bridge. 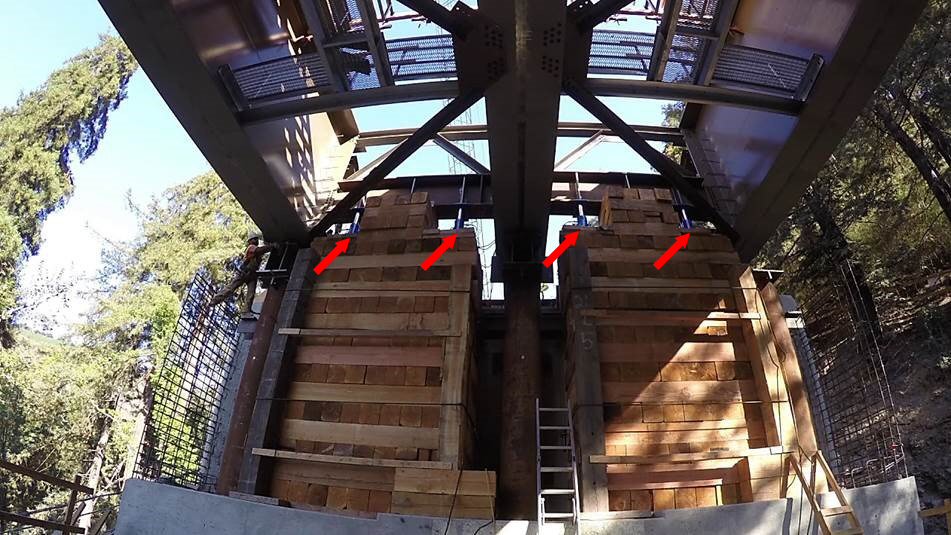 Jacks bolted to the structure key part of design 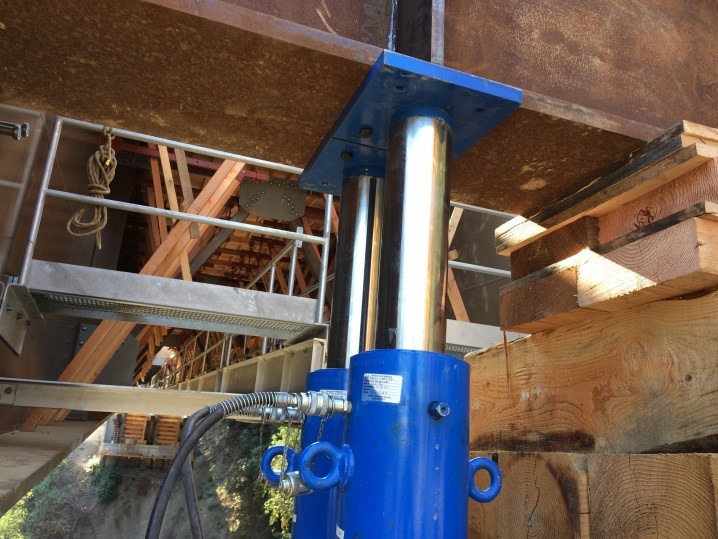 The jacks had to have 18” of stroke because the contractor was starting out with a 15 foot tall stack of 12” x 12” dunnage. The key part of the design was hanging the jacks from the support I-beam. This allowed the jacks to raise and lower themselves without the workers having to lift and reset the jacks every 12”. 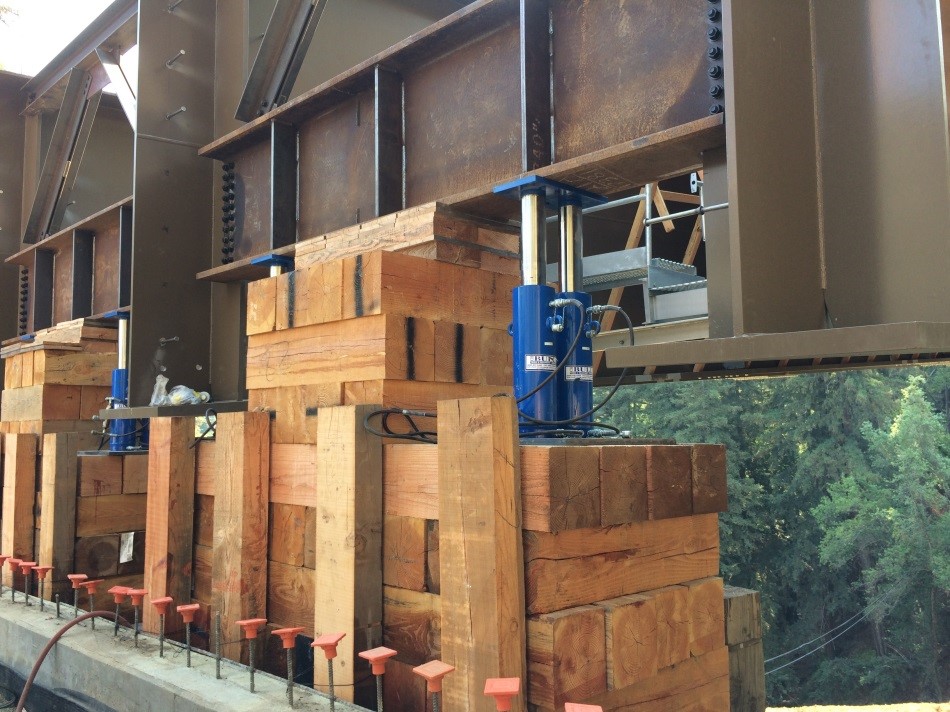 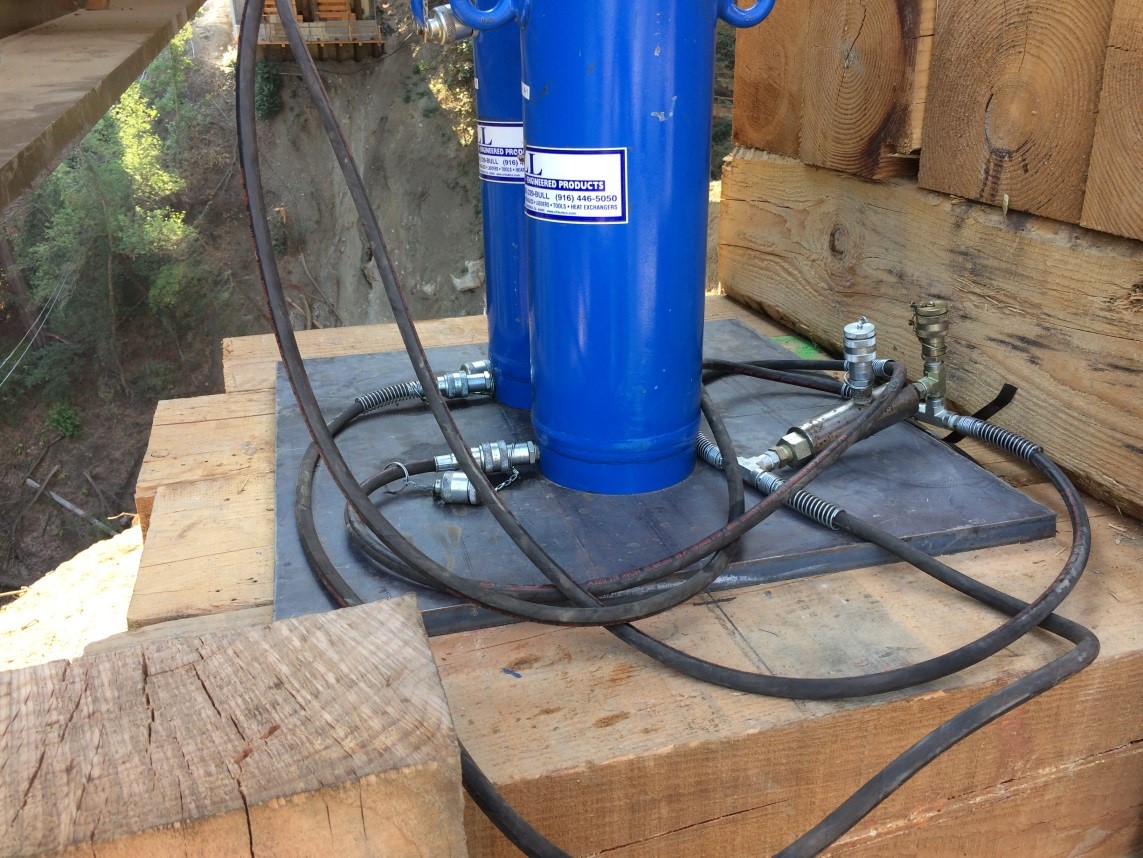 September 6th the new bridge positioned on the bearing pads 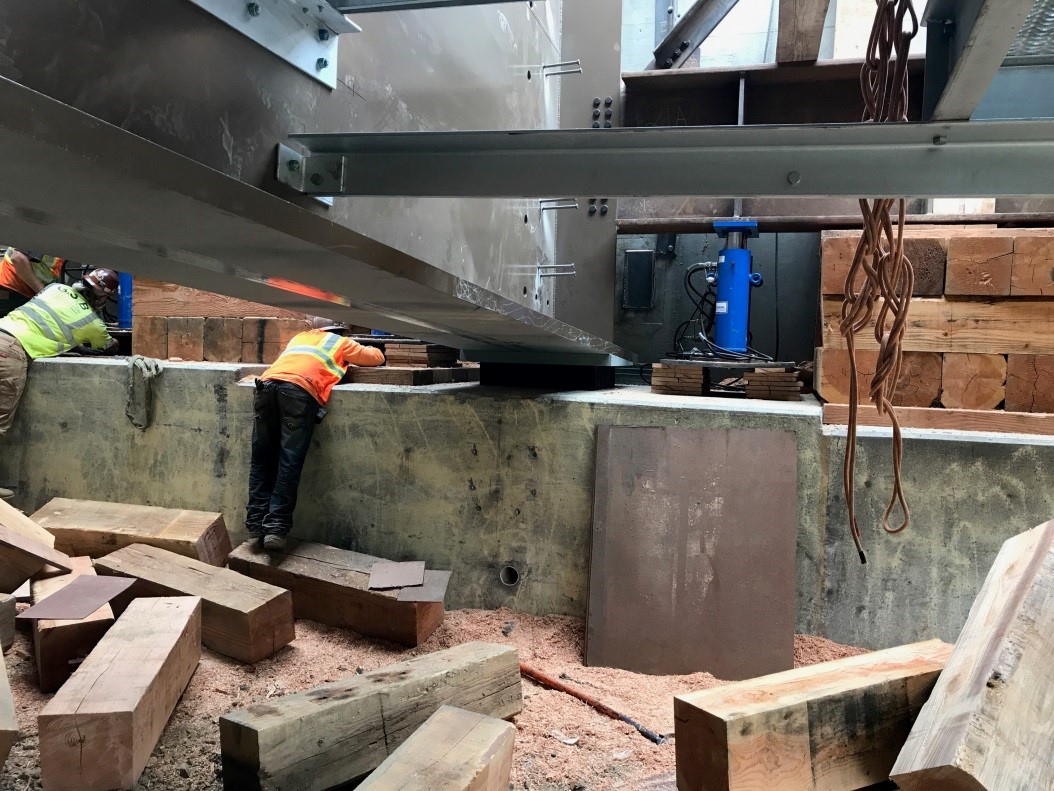 Even though each pair of jacks had a pilot operated check valve, a separate stack of steel plates was used so even if there was a hydraulic failure the bridge was never at risk for more than a 1-2” drop.

The job was especially challenging as the tall stacks of dunnage allowed the bridge to move laterally 6” in both the north/south and east/west direction. Using jacks  and rollers we were able to move bridge back into proper position. C. H. Bull’s jacking expert Stan Sheppard was present at the jobsite during the lowering portion of the job.

October 13th the bridge re-opened only 8 months after closing 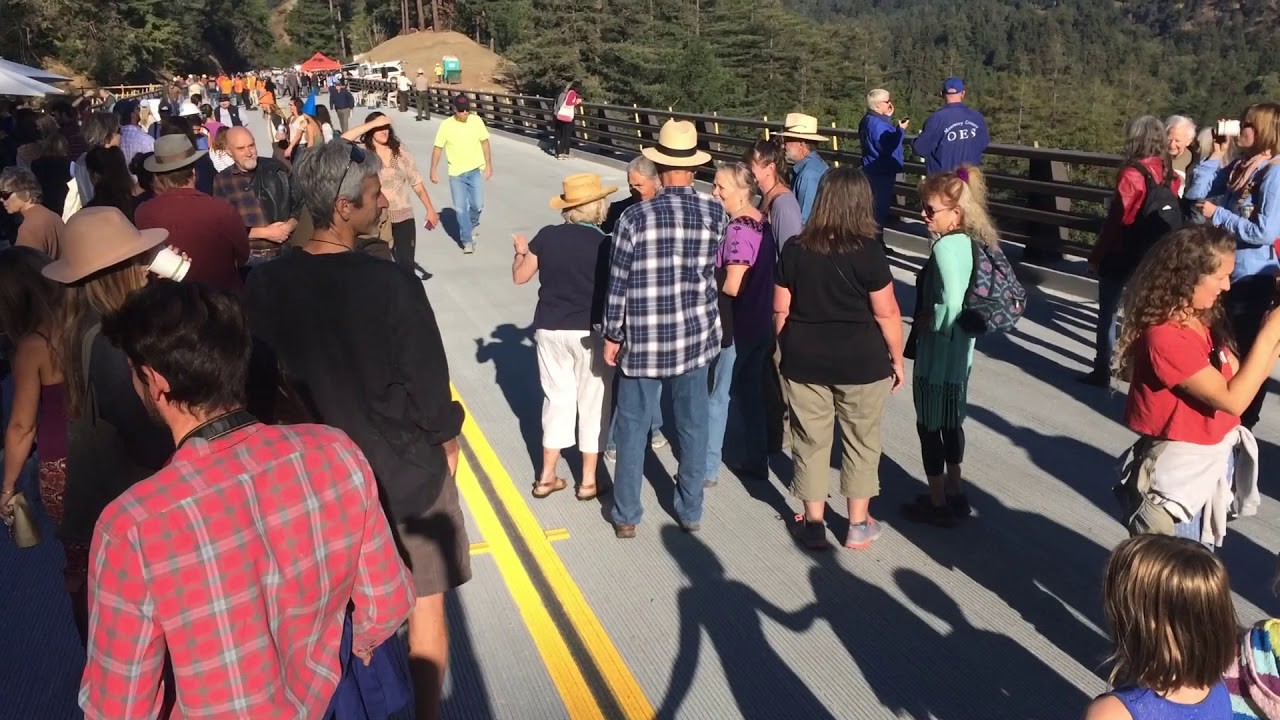 Hydraulic Jacking Systems can offer challenges and can be puzzling